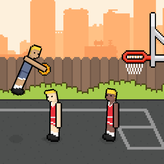 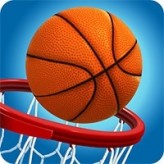 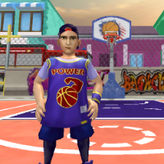 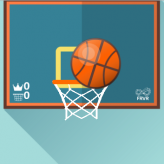 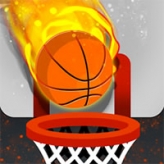 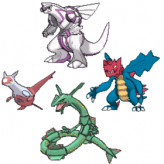 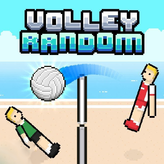 Basket Random is a funny one-button basketball game with cool physics and ragdoll characters. Play a 2 on 2 basketball match with a friend or against the AI! Will you become the king of street basketball in this chaotic basketball game?

Basket Random is a part of the funny Random series that features a variety of sports-based games. This game focuses on basketball and features a two on two matches in the street. Only one button is used in the game. Pressing the button will make the characters jump and raise their arms. If they are able to hold the ball, they will throw the ball randomly once the button is released. All characters will sway from side to side, so you will have to time your jumps. The game can also be played with another player. After a team scores, the scene will change to another random scenery like the snowy field, near the street, summer court, inside a gym, and more. When a ball goes outside the court, the match will restart regardless of who pushes the ball outside. The game can also be played on mobile browsers and uses the touchscreen as controls.

Play Basket Random game online in your browser free of charge on Arcade Spot. Basket Random is a high quality game that works in all major modern web browsers. This online game is part of the Multiplayer, Sports, Mobile, and Ragdoll gaming categories. Basket Random has 2 likes from 2 user ratings. If you enjoy this game then also play games Basketball Legends and Backyard Basketball 2007. Arcade Spot brings you the best games without downloading and a fun gaming experience on your computers, mobile phones, and tablets. New arcade games and the most popular free online games are added every day to the site.