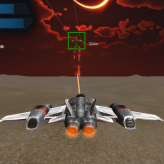 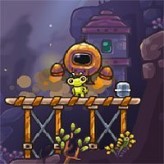 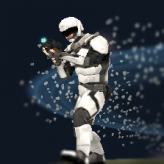 The Aliens have started invading our planet by sending some alien air crafts. Intercept them before they hit the ground in Alien Sky Invasion! Take a seat in your fighter plane and start shooting those blasted aliens. Aim down your sight for a lock down and send in your greetings inside a missile!

Alien Sky Invasion is a beautiful aircraft simulation action shooting game where you take control of n advance air craft. your mission is to defend the planet from aliens who are trying to invade. You have two types of weapons: Your vulcan / cannons / guns, and your trustworthy lock-on missiles. Align your shots and let your enemies explode like fire work in the night sky in this beautiful 3D shooting game! Compete with players from around the world and be included in the leader board!

Play Alien Sky Invasion game online in your browser free of charge on Arcade Spot. Alien Sky Invasion is a high quality game that works in all major modern web browsers. This online game is part of the Arcade, Multiplayer, HTML5, and Unity gaming categories. Alien Sky Invasion has 1 likes from 1 user ratings. If you enjoy this game then also play games Ben 10 Ultimate Alien: Cosmic Destruction and Ben 10 Alien Force: Vilgax Attacks. Arcade Spot brings you the best games without downloading and a fun gaming experience on your computers, mobile phones, and tablets. New arcade games and the most popular free online games are added every day to the site.