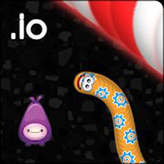 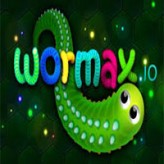 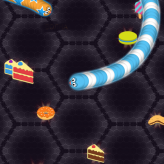 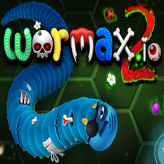 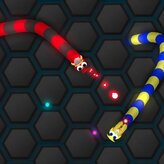 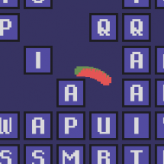 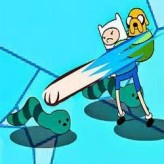 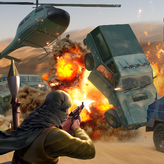 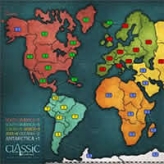 Get some fun and dynamic action this afternoon by playing this wacky and highly competitive game filled with worms! Collect yummies and defeat the other players in Worm Zone.

Worm Zone is a competitive online multiplayer game where you control a worm in a worm-eat-worm world. In this IO game, your goal is to feed your worm and make it the biggest worm of the entire area and paste your name in the leaderboard for all to see. Eat every food you see and avoid or defeat the other players around you. Be very careful as bumping into other players will knock your worm down, and you'll have to start again from scratch. On the bright side, if you can manage to outmaneuver other players, you can eat what's left of their food to further grow your worm.

Customize your worm with the dozens of wardrobe options so you will stand out from the rest. Create your own style and make a unique worm that best fits your personality. What method will you choose to reach the top? Will you fight other players and consume them in, or play it safe and slow? Start growing your worm today and try your luck.

Play Worm Zone game online in your browser free of charge on Arcade Spot. Worm Zone is a high quality game that works in all major modern web browsers. This online game is part of the Arcade, Multiplayer, App, and IO gaming categories. Worm Zone has 2 likes from 2 user ratings. If you enjoy this game then also play games Worms Armageddon and Bookworm. Arcade Spot brings you the best games without downloading and a fun gaming experience on your computers, mobile phones, and tablets. New arcade games and the most popular free online games are added every day to the site.