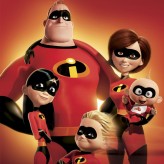 Save the world from the evil villains and bring glory to all super heroes across the world in this action side scrolling adventure – The Incredibles. Control the super strong Mr. Incredible or the versatile Elastigirl. Run across the room with super fast Dash and create powerful force fields with Violet.

The Incredibles is an action side-scrolling adventure video game based on Pixar’s animated film of the same name. When heroes around the world are banned for their public damage, all heroes must conceal their identities from the outside world for fear of prejudice. One day, a former hero-wanna-be became mad with power and made himself super-villain. This villain threatens the entire world! In The Incredibles you will control a family of superheroes and your goal is to save the world and bring the super heroes back in to recognition.

Play The Incredibles game online in your browser free of charge on Arcade Spot. The Incredibles is a high quality game that works in all major modern web browsers. This online game is part of the Adventure, Arcade, GBA, and Anime gaming categories. The Incredibles has 3 likes from 5 user ratings. If you enjoy this game then also play games The Incredibles - Rise of the Underminer and The Incredibles Save The Day. Arcade Spot brings you the best games without downloading and a fun gaming experience on your computers, mobile phones, and tablets. New arcade games and the most popular free online games are added every day to the site.