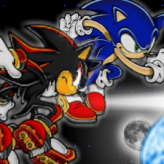 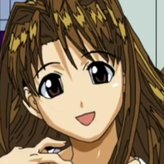 Fight Sonic’s Brother and determine who will be the superior Hedgehog! Transform into Super Sonic and fight hard in Sonic RPG – Episode 8! Fight against Seelkadoom in all of his power and glory in the 8th episode of this movie based RPG!

Sonic RPG – Episode 8 is the continuation of 7th episode and has a lot of improved features from graphics, sounds, animation, and more. The game took place after the battle of Nights and Shadow with Reala and Tails against Dr. Eggman. This game is a movie / story driven game based on the popular Sonic Franchise and features turn-based strategy RPG Combat. Episode 8 was published more than a year after Episode 7 and has a lot of new features.

Play Sonic RPG - Episode 8 game online in your browser free of charge on Arcade Spot. Sonic RPG - Episode 8 is a high quality game that works in all major modern web browsers. This online game is part of the Strategy, Action, and RPG gaming categories. Sonic RPG - Episode 8 has 2 likes from 2 user ratings. If you enjoy this game then also play games Sonic 3 Complete and Sonic Mania Edition. Arcade Spot brings you the best games without downloading and a fun gaming experience on your computers, mobile phones, and tablets. New arcade games and the most popular free online games are added every day to the site.