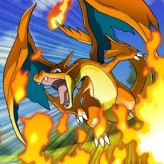 Have you ever thought that the Pokemon Fire Red lacks the replay value it deserves? Well then, try the entire game backwards in Pokemon Fire Red: Backwards Edition! Start getting a Pokemon badge from Cinnabar and go all the way back to Viridian City by taking the long route in this funny Pokemon Fire Red hack!

Pokemon Fire Red Backwards Edition (also going by the title Der Erif – pun by the author), is a Pokemon Fire Red hack where the maps and scripts are messed up in a way that makes the player go through the gyms in the order inverted from the original. The game also features dozens of new changes such as re-balanced Pokemons and trainers, and so much more. Because the game is set backwards, many dialogues were changed to better fit the story and become humorous!