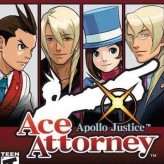 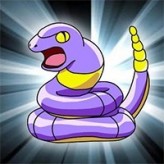 Play as the antagonist and join the Team Rocket in this unique Pokemon Fire Red Hack! Report to Giovanni and do his evil will in Pokemon Apollo! Steal TM from Cerulean City, get chased by police, and kidnap nurses as you embark on a vile adventure!

Pokemon Apollo is a fan-made hack / game overhaul of the game Pokemon Fire Red. This time, your adventure takes on a different spin as you side with the bad guys and make the life of other Pokemon trainers a living nightmare. Join Team Rocket and impress the boss Giovanni! Complete the missions and climb through the ranks! Commit various vile acts, steal secret keys, and be even heartless and take Cubone’s Skulls! The game features Pokemons from various generations with Gen 4 and Gen 5 Pokemon skills.

Play Pokemon Apollo game online in your browser free of charge on Arcade Spot. Pokemon Apollo is a high quality game that works in all major modern web browsers. This online game is part of the Adventure, Strategy, GBA, and Pokemon gaming categories. Pokemon Apollo has 8 likes from 8 user ratings. If you enjoy this game then also play games Pokemon Fire Red Version and Pokemon Emerald Version. Arcade Spot brings you the best games without downloading and a fun gaming experience on your computers, mobile phones, and tablets. New arcade games and the most popular free online games are added every day to the site.