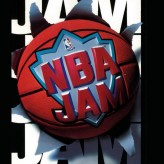 Control various super moves and perform amazing blocks as you play a two on two match with the basketball legends in this cool sports game – NBA Jam! Don’t hold back and keep going as the referee will not stop you from anything, except for the dreaded 24-second violation.

NBA Jam is a popular exaggerated basketball simulation video game that was published back in 1993 for multiple arcade systems and home consoles including the Super Nintendo Entertainment System (SNES). The game features real licensed players and teams but showcases over-the-top actions and moves. The game also boasts its ultra-realistic digitized graphics and play-by-play that made it quite popular during the days. Discover various secrets such as the amazing BIG HEAD mode, or get Bill Clinton as a playable character! Have fun!

Play NBA Jam game online in your browser free of charge on Arcade Spot. NBA Jam is a high quality game that works in all major modern web browsers. This online game is part of the Arcade, Sports, Emulator, and SNES gaming categories. NBA Jam has 8 likes from 8 user ratings. If you enjoy this game then also play games Pokemon Pinball - Ruby & Sapphire and NBA Jam 2K20: Tournament Edition. Arcade Spot brings you the best games without downloading and a fun gaming experience on your computers, mobile phones, and tablets. New arcade games and the most popular free online games are added every day to the site.