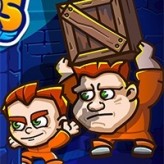 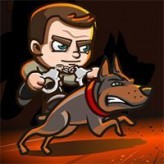 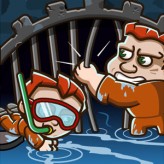 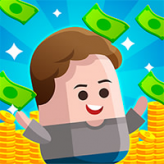 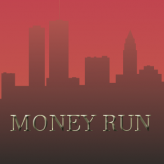 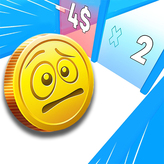 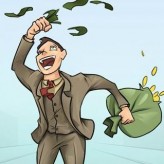 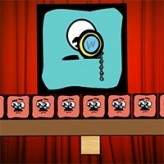 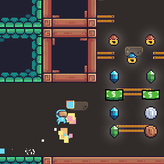 So Much Money
advertisement

Knock out security guards, avoid lasers, and throw chairs in this cool prison escape game. Control the two inmates and make your way out of the prison in Money Movers. Solve puzzles by using the brother’s unique skills. Help each other out and proceed to the next level.

It all started when the two brothers won a basketball game against the prison guards. Pissed by the lost, the prison guards made the life of the two inmates unbearable. Then one night, the two decided to escape. Money Movers is a puzzle platformer game with a simple physics mechanics. Avoid the security and knock down prison guards to escape. The two brothers posses their own unique skills that you can utilize to bypass defenses. Control both characters or invite a friend to play with you. Can you escape all 20 levels?

Play Money Movers game online in your browser free of charge on Arcade Spot. Money Movers is a high quality game that works in all major modern web browsers. This online game is part of the Multiplayer, Puzzle, Physics, and Tricky gaming categories. Money Movers has 1 likes from 1 user ratings. If you enjoy this game then also play games Money Movers 3 and Money Puzzle Exchanger. Arcade Spot brings you the best games without downloading and a fun gaming experience on your computers, mobile phones, and tablets. New arcade games and the most popular free online games are added every day to the site.