Legend Of Zelda: The Link's Awakening 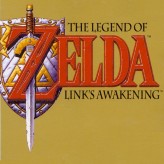 It’s dangerous to go alone; take this! Legend Of Zelda: The Link’s Awakening is a retro Role-playing game that focuses on Link’s fourth adventure. Not centered on Zelda or the Triforce, you play as the titular character Link, as he tries to escape being stranded on an island guarded by the Wind Fish.

Fight Monsters and solve puzzles to search for the eight musical instruments to awaken the sleeping giant and flee the island of Koholint. With an overhead perspective that might seem new for hardcore fans, most of the game focuses on exploration and combat, which will make even old fans feel at home. Explore underground dungeons, which in turn become larger and more difficult. At the end of every dungeon is a nightmare boss that must be vanquished, each taking a different form and increases its chances of defeat every time. Legend Of Zelda: The Link's Awakening gives you heart containers, increasing the damage you can take. Once all heart containers are empty, the game restarts at the doorway entered by you, the player. Defeating nightmare versions of each boss earns you one of the eight instruments to finish the game. Explore the map further, and you might find one of the most powerful weapons in the game. So fight and arm yourself because you do not want to take an arrow in the knee!