The Legend Of Zelda: A Link To The Past 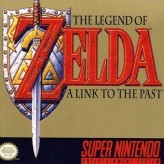 Follow the adventures of Link, explore the vast land of Hyrule, and defeat evil wherever it lurks in The Legend Of Zelda: A Link To The Past! Rescue princess Zelda and bring order and peace back into the land of Hyrule.

The Legend Of Zelda: A Link To The Past is an action-adventure video game that focuses on exploration and defeating various enemies around the world. The game is the third Legend of Zelda title and was released back in 1991 for the Super Nintendo Entertainment System gaming console. In this game, the gateway to the Sacred Realm was accessed by thieves and corrupted the Sacred Realm resulting in the great Imprisoning War. You will play as Link who must go on a quest to rescue the princess, find the legendary Master Sword and defeat Agahnim to bring the peace back in the land.

There have been 31 likes from 36 votes on this game.