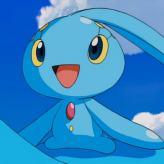 Explore not one, not two, but four different regions including Ginoa Region, in this fun Pokemon ROM hack - Pokemon Sea Temple! Encounter, capture, and train Pokemon from the first down to the seventh generation in this ambitious ROM hack.

Pokemon Sea Temple is an impressively big game overhaul based on the Pokemon Fire Red version for the Game Boy Advance (GBA) handheld gaming system. In this game, the player starts in the quiet town of Criscanto where the player can obtain the very first Pokemon partner from the local Pokemon Professor. The game features many changes and alterations including abilities and items. The game also features Pokemon Mega Evolutions that tremendously boost the power of the Pokemon as long as the battle lasts.

Play Pokemon Sea Temple game online in your browser free of charge on Arcade Spot. Pokemon Sea Temple is a high quality game that works in all major modern web browsers. This online game is part of the Adventure, Strategy, GBA, and Pokemon gaming categories. Pokemon Sea Temple has 3 likes from 3 user ratings. If you enjoy this game then also play games Pokemon Fire Red Version and Pokemon Emerald Version. Arcade Spot brings you the best games without downloading and a fun gaming experience on your computers, mobile phones, and tablets. New arcade games and the most popular free online games are added every day to the site.