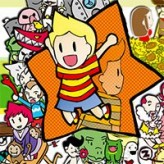 Help Lucas, Kumatora, Claus, and the rest of the gang as they fight to defeat the Pig Army who are ruining their otherwise peaceful lives in Earthbound 2! Experience a beautiful RPG game with a unique strategy battle, intuitive gameplay, and wonderful music!

Earthbound 2 (also known as Mother 3) is a role playing video game following the title Earthbound. The game was released back in 2006 for the Game Boy Advance (GBA) hand held system but was exclusive for the Japanese audience. Now the game was fully translated by fans and can now be enjoyed by the rest of the world. Eartbhound 2 is the third game in Shigesato Itoi’s critically acclaimed Mother series, and is a lot funnier than the previous titles. The game features 6 main characters, each having their own unique abilities. The game’s perspective changes between these characters as the progresses. Have fun!

Play Earthbound 2 game online in your browser free of charge on Arcade Spot. Earthbound 2 is a high quality game that works in all major modern web browsers. This online game is part of the Adventure, Strategy, Emulator, and GBA gaming categories. Earthbound 2 has 2 likes from 3 user ratings. If you enjoy this game then also play games EarthBound and Pokemon Fire Red Version. Arcade Spot brings you the best games without downloading and a fun gaming experience on your computers, mobile phones, and tablets. New arcade games and the most popular free online games are added every day to the site.