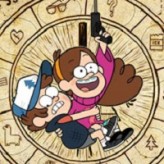 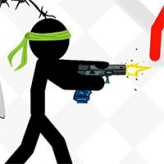 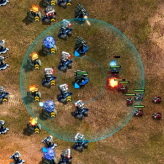 Defend your futuristic base against enemy raids and strike your opponent’s main camp in this real time strategy game – Age of Defenders! Complete the campaign or play matches against your friends and other players and find out who is the better strategist.

Age of Defenders is a real time action strategy game where you defend your base and attack the enemy’s base using advance military troops and vehicle. Gather and manage your resources to build towers and other structures. Single Player campaign mode focuses on the mining of Rydan – a precious resource that allows teleportation. Fight against rebels and earn some money and have fun with the love of your life. The game also features multiplayer action game. Build factories and manage your defenses well in this action packed real time strategy game!

Play Age of Defenders game online in your browser free of charge on Arcade Spot. Age of Defenders is a high quality game that works in all major modern web browsers. This online game is part of the Multiplayer, Strategy, Tower Defense, and Challenge gaming categories. Age of Defenders has 3 likes from 3 user ratings. If you enjoy this game then also play games JoJo's Bizarre Adventure: Heritage for the Future and Five Days at Freddys: Rage at Night!. Arcade Spot brings you the best games without downloading and a fun gaming experience on your computers, mobile phones, and tablets. New arcade games and the most popular free online games are added every day to the site.