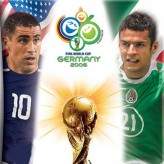 Take control of one of the 127 national teams and join the 2006 FIFA World Cup in Germany! Purchase uniforms and recruit historical players in your team in this cool soccer game! Pick a team and start your game with victory in mind!

2006 FIFA World Cup (Also known as FIFA World Cup – Germany 2006) is the official video game for the 2006 FIFA World Cup and was created for multiple consoles including the Game Boy Advance Handheld system (GBA). Pick a team from the 127 real life teams and enter the world of international football. Challenge other teams from around the world to become the best! Collect points and unlock new contents for your teams such as new uniforms, boots, footballs, and even the ability to recruit historical players!

There have been 21 likes from 24 votes on this game.

Play 2006 FIFA World Cup game online in your browser free of charge on Arcade Spot. 2006 FIFA World Cup is a high quality game that works in all major modern web browsers. This online game is part of the Arcade, Sports, Emulator, and GBA gaming categories. 2006 FIFA World Cup has 21 likes from 24 user ratings. If you enjoy this game then also play games FIFA 07 Soccer and FIFA 11. Arcade Spot brings you the best games without downloading and a fun gaming experience on your computers, mobile phones, and tablets. New arcade games and the most popular free online games are added every day to the site.