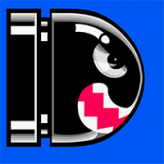 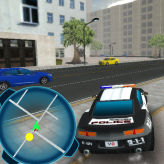 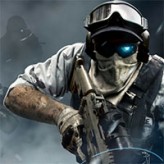 Join dozens of players and step inside the battlefield. Sign up or play as a guest in this online first-person shooter game – Bullet Force! Join a public match and compete for kills and score. Or create your own private room and invite a friend over!

Bullet Force is a massive multiplayer online first-person shooter game similar to the popular Battlefield game franchise. The game features several game modes including Conquest and Team Death Match. In order to play at full efficiency, you must try playing with full-screen mode enabled! Play as a guest or create an account and play for free! Fight against random players worldwide and enjoy a very competitive FPS match. So what are you waiting for? Grab that weapon and shoot your enemies!

Play Bullet Force game online in your browser free of charge on Arcade Spot. Bullet Force is a high quality game that works in all major modern web browsers. This online game is part of the Multiplayer, Shooting, Challenge, and JavaScript gaming categories. Bullet Force has 8 likes from 9 user ratings. If you enjoy this game then also play games Bullet Force Multiplayer and Bullet Town. Arcade Spot brings you the best games without downloading and a fun gaming experience on your computers, mobile phones, and tablets. New arcade games and the most popular free online games are added every day to the site.