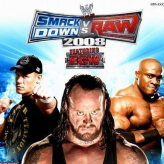 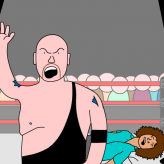 Choose your favorite wrestling superstar and learn a new style of fighting inside the ring in this sports fighting game - WWE Smackdown Vs Raw 2008 Featuring ECW! Revive the ECW brand and play together with the RAW and SMACKDOWN!

WWE SmackDown vs. Raw 2008 is a professional wrestling video game released back in 2007 for various gaming consoles including the Nintendo DS (NDS) handheld gaming system. Unlike the previous titles of the series, Each wrestler now features two fighting style categories that can be chosen. Each fighting style has their own strengths and weaknesses including many advantages and disadvantages. The game also features a new "struggle submission system that uses new controls to struggle out of locks. Will you be able to beat all the wrestlers and emerge the champion?

There have been 7 likes from 9 votes on this game.