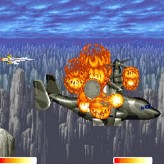 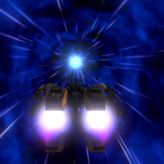 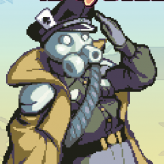 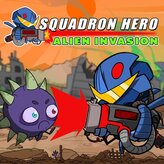 A terrorist organization known as Project 4 is causing havoc and panic. Choose one of the three mercenary pilots and stop the terrorists in U.N. Squadron. Buy power ups, and upgrade your air craft to be more efficient in taking down the terrorist threat.

U.N. Squadron is a classic horizontal scrolling aerial shooter arcade game released back in 1989 for the Super Nintendo Entertainment System. The game is based on a Japanese manga series and features the same main characters. The game’s three (playable) mercenary pilots are: Shin Kazama, Mickey Simon, and Greg Gates. Each pilot flies a specific and modified fighter plane with slightly different capabilities and specialties. Unlike the original arcade version, the SNES version has the capability of buy and using a different aircraft.

Play U.N. Squadron game online in your browser free of charge on Arcade Spot. U.N. Squadron is a high quality game that works in all major modern web browsers. This online game is part of the Arcade, Shooting, Emulator, and SNES gaming categories. U.N. Squadron has 3 likes from 4 user ratings. If you enjoy this game then also play games S.T.U.N. Runner and Star Wars: Rogue Squadron. Arcade Spot brings you the best games without downloading and a fun gaming experience on your computers, mobile phones, and tablets. New arcade games and the most popular free online games are added every day to the site.