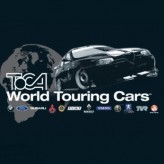 Drive your fast and kick-ass touring cars along beautiful racetracks around the world! Defeat all your competitors and bring home the trophy in TOCA World Touring Cars! Drive fast but don’t damage your car too much or you won’t be able to finish the race!

TOCA World Touring Cars (also called Jarrett & Labonte Stock Car Racing in the USA and WTC: World Touring Car Championship in Japan) is a 2003 racing video game released on Game Boy Advance Hand held system (GBA). This game features 18 licensed cars and around 15 real world tracks and circuits. The game also features accurate collisions as well as varied weather and smoke. Race closely with other race cars with as many as 8 visible cars on your screen. Have fun!