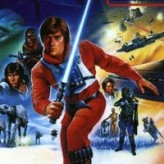 Play as Luke Skywalker, Hans, Chewbacca, and the rest of the gang in this run and shoot platformer classic game – Super Star Wars: Empire Strikes Back! Use the force and your light saber to blast away the dark forces and enemy units.

Play Super Star Wars: Empire Strikes Back game online in your browser free of charge on Arcade Spot. Super Star Wars: Empire Strikes Back is a high quality game that works in all major modern web browsers. This online game is part of the Adventure, Arcade, Emulator, and SNES gaming categories. If you enjoy this game then also play games Super Mario Bros. and Super Mario 64. Arcade Spot brings you the best games without downloading and a fun gaming experience on your computers, mobile phones, and tablets. New arcade games and the most popular free online games are added every day to the site.