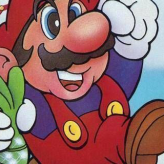 Have you played enough Super Mario Bros 2 and wished there were more levels to play on? Then check out Super Mario Bros 2 (Different Levels) and start mastering the new levels! Do you have what it takes to finish all the different levels? Good luck!

Super Mario Bros 2 (Different Levels) is a ROM hack of the popular Super Mario Bros 2 video game for the Nintendo Entertainment System (NES) gaming console. The game is basically the same as the game it was based on with only a few changes. However, this ROM hack showcases a lot of new levels and even existing levels were altered and modified. If you wish to extend your platforming Mario experience, then you can try out this ROM hack.

There have been 28 likes from 36 votes on this game.