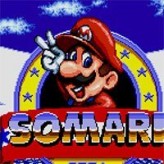 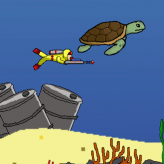 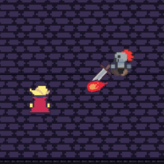 Have you ever wondered what Mario would be like if he’s playing as Sonic the Hedgehog? Play the Mario-Sonic crossover in Somari the Adventurer! Play as Mario in a different outfit and explore the world of Mobius! Battle robotic animals and save the new world!

Somari the Adventurer is an unlicensed port and a cross-platform game between Mario and Sonic the Hedgehog. Somari is a name derived from SOnic and MARIo. The game’s story and gameplay are heavily inspired by the first Sonic title. In this game, you play as an Italian plumber named Somari who looks terrifyingly similar to Mario. Lost in his plumbings he emerged in a new world filled with robotic animals created by Dr. Robotnik. And as a good guy, your goal is to stop Dr. Robotnik from his plot of turning all animals into robots.

Play Somari the Adventurer game online in your browser free of charge on Arcade Spot. Somari the Adventurer is a high quality game that works in all major modern web browsers. This online game is part of the Arcade, Retro, SEGA, and Mario gaming categories. Somari the Adventurer has 119 likes from 127 user ratings. If you enjoy this game then also play games Somari and Seascape Adventurers. Arcade Spot brings you the best games without downloading and a fun gaming experience on your computers, mobile phones, and tablets. New arcade games and the most popular free online games are added every day to the site.