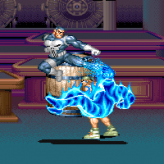 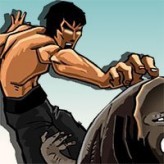 Play one of the most popular beat’em up arcade game in the history of classic Arcade and join forces with Nick Fury in The Punisher! Use a wide range of weapons and beat up and shoot down bad guys and face their leader Kingpin.

The Punisher is a 1993 arcade beat em up game based on the Marvel Comic’s anti-hero. Create for the Sega Drive, this game takes the player in a mission to kill the crime lord Kingpin and bring down his organization. The game is widely regarded as one of the best titles in the beat ’em up genre. It is also one of the best video game adaptations of comic books. Have fun.

Play The Punisher game online in your browser free of charge on Arcade Spot. The Punisher is a high quality game that works in all major modern web browsers. This online game is part of the Arcade, Action, Emulator, and SEGA gaming categories. The Punisher has 3 likes from 3 user ratings. If you enjoy this game then also play games Bruce Lee Punisher and Sonic 3 Complete. Arcade Spot brings you the best games without downloading and a fun gaming experience on your computers, mobile phones, and tablets. New arcade games and the most popular free online games are added every day to the site.