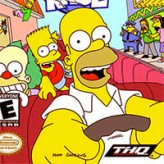 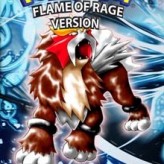 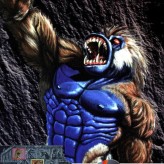 Take control of one of the seven prehistoric beasts as you battle for dominion over post-apocalyptic earth in Primal Rage! Devour the helpless humans scattered around the battlefield to regain some health and fight some more.

Primal Rage is a violent 2D fighter game where giant beasts battle against each other for world domination. This classic game was released back in 1995 for multiple platforms including Sega Mega Drive and Genesis. The game features post-apocalyptic gigantic monsters who must battle each other violently. Fight for domination and defend your title in a seven vs one battle to the death! Become the new master of earth and be feared! Each monster has its own unique strength and move! Choose wisely and have fun!

There have been 31 likes from 36 votes on this game.

Play Primal Rage game online in your browser free of charge on Arcade Spot. Primal Rage is a high quality game that works in all major modern web browsers. This online game is part of the Arcade, Action, Emulator, and SEGA gaming categories. Primal Rage has 31 likes from 36 user ratings. If you enjoy this game then also play games Five Days at Freddys: Rage at Night! and Simpsons Road Rage. Arcade Spot brings you the best games without downloading and a fun gaming experience on your computers, mobile phones, and tablets. New arcade games and the most popular free online games are added every day to the site.