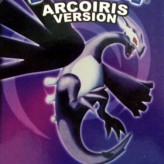 Explore the Orange Island – the region where everything started and face the three legendary birds in this Spanish Pokemon ROM hack Pokemon Arcoiris. Meet two of the world’s most powerful Pokemons Mew and Mewtwo and try to capture the two.

Pokemon Arcoiris is a popular Spanish Pokemon ROM hack created by usernames Numus and Ra with the base game Pokemon Ruby. The game will take you to the first region where Pokemon was first discovered and took its root. The game has a lot of new features including more than 200 new characters, a more sophisticated animation / graphics, and art, more varied gameplay, 2 on 2 battle capabilities, and more strategic battle among many others.

There have been 20 likes from 22 votes on this game.

Play Pokemon Arcoiris game online in your browser free of charge on Arcade Spot. Pokemon Arcoiris is a high quality game that works in all major modern web browsers. This online game is part of the Adventure, Strategy, GBA, and Pokemon gaming categories. Pokemon Arcoiris has 20 likes from 22 user ratings. If you enjoy this game then also play games Pokemon Fire Red Version and Pokemon Emerald Version. Arcade Spot brings you the best games without downloading and a fun gaming experience on your computers, mobile phones, and tablets. New arcade games and the most popular free online games are added every day to the site.