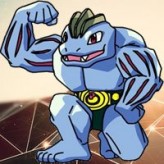 Go island hopping in the Pokemon world and explore the region of Septo! Play as the only heir to the deceased King in Pokemon Septo Conquest! Capture all 386 Pokemons and defeat all the Barons in this unique Pokemon adventure.

Pokemon Septo Conquest is Pokemon hack set on a new region called Septo. In this game, the King of Septo was assassinated and his kingdom was stolen from him by two people known as The Dictators. Prof. Oak, who was working as the King’s chief researcher, managed to rescue the King’s only child and took him/her to his hometown of Faris Town. That child is you. And after Oak gave you a Pokemon, you start your very own quest to overthrow the seven Barons and get the region back! Have fun!

Play Pokemon Septo Conquest game online in your browser free of charge on Arcade Spot. Pokemon Septo Conquest is a high quality game that works in all major modern web browsers. This online game is part of the Adventure, Strategy, GBA, and Pokemon gaming categories. Pokemon Septo Conquest has 4 likes from 4 user ratings. If you enjoy this game then also play games Pokemon Fire Red Version and Pokemon Emerald Version. Arcade Spot brings you the best games without downloading and a fun gaming experience on your computers, mobile phones, and tablets. New arcade games and the most popular free online games are added every day to the site.