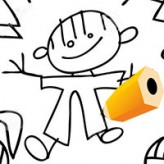 The battle for domination is here! Go outside the box and claim your territory in this awesome multiplayer IO game – Paper.io! Try to gain as much territory as you can and climb the top of the leaderboard!

Paper.io is an online multiplayer IO game that features elements of classic games like Tron, Snake, and Xonix. In this game, your goal is to try to get as much territory as possible by claiming empty territories as your own, stealing from others, or defeating other players. Develop your own strategy and action plan so you can climb on top of the leaderboard and defeat everyone in a battle of dominance! Avoid getting hit by other players when you’re out of your territory and get others while they are out of theirs! Good luck and have fun!

The game is also available for download in Google’s PlayStore, and can be played on your mobile browsers: Tablet

Play Paper.io game online in your browser free of charge on Arcade Spot. Paper.io is a high quality game that works in all major modern web browsers. This online game is part of the Arcade, Multiplayer, App, and IO gaming categories. Paper.io has 23 likes from 35 user ratings. If you enjoy this game then also play games Bonk.io and Slither.io. Arcade Spot brings you the best games without downloading and a fun gaming experience on your computers, mobile phones, and tablets. New arcade games and the most popular free online games are added every day to the site.