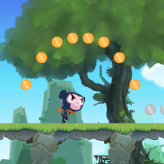 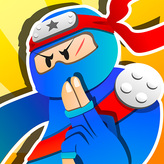 Polish your skills in Spinjitzu as you play six different mini-games in Ninjago Ninja Training Academy. Establish an unbeatable high score in every mini-game you play.

Ninjago Ninja Training Academy is a fun action game based on the LEGO Ninjago universe. In this game, the ninjas need help to obtain the optimal result in their various training sessions. The game features a total of six mini-games you can play. The mini-games are Spinjitzu Slash, Nya vs. The Shark Army, Flight of the Ninja, Target Practice, Kai-Chi, and Whack, a Shark.

Each one features its own set of rules and challenges. In Spinjitzu Slash, you must help the ninja Lloyd destroy pizzas, expired milk cartons, and other wastes in the refrigerator. Clear out the fridge while avoiding the green hexagon pendant. You may also help Kai as he trains in the art of Kai-chi to achieve the ultimate state.

When training's over, you must battle against the Garmondon and his forces. Use your arrow flinging skills to take down the hostiles while avoiding the civilians in the Target Practice mini-game. Waves of Shark Warriors are attacking in Nya vs. The Shark Army. You must help the ninja fight her way through the waves and reach the ultimate showdown with the strong Garmadon. Don't worry. Any Shark Warriors that made past Nya will be dealt with the ninja Cole in Whack, a Shark. Whatever mini-game you play, be sure to do your best and get a high score.