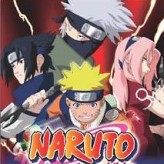 Enter the world of Ninjas and Shinobis and learn some cool ninjutsu abilities. Select your character and ready your Seals in Naruto: Konoha Ninpouchou! Outskill your opponents and be the strongest ninja in the village.

Naruto: Konoha Ninpouchou is a cool role-playing video game based on the popular TV anime Naruto. The game was the first ever Naruto game and was exclusively released in Japan. The game was released back in 2003 for the handheld gaming console WonderSwan Color. Although it is a role-playing game, the game features some mechanics similar to a trading card game including “deck building” where instead of cards, you must build your scroll collection and carry it into battle. During battles, five of the seals you selected will appear randomly that can be used in combat. Good luck and have fun!