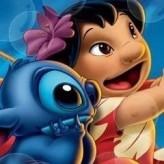 Surf on Hawaii and meet the cute little girl Lilo and his alien “dog” pet Stitch in this awesome platformer video game based on Disney’s Lilo & Stitch! Be in love with the sassy surfer girl and his beloved “dog” that wields laser guns!

Disney’s Lilo & Stitch is a side-scrolling platformer video game based on the popular 2002 Disney animated film of the same. Join the mismatched pair as they go on an unlikely adventure around the beautiful islands of Hawaii. The game follows the story and the events of the film. The player can take control of the four-armed ready-for-battle Stitch that can wield multiple plasma-blasters to defeat enemies and overcome various obstacles to complete several levels. Good luck and have fun!

Play Lilo & Stitch game online in your browser free of charge on Arcade Spot. Lilo & Stitch is a high quality game that works in all major modern web browsers. This online game is part of the Adventure, Action, Emulator, and GBA gaming categories. Lilo & Stitch has 2 likes from 2 user ratings. If you enjoy this game then also play games Lilo & Stitch 2 - Hamsterviel Havoc and Sonic & Knuckles + Sonic the Hedgehog 3. Arcade Spot brings you the best games without downloading and a fun gaming experience on your computers, mobile phones, and tablets. New arcade games and the most popular free online games are added every day to the site.