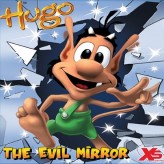 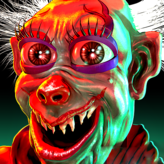 The evil witch Scylla got her eyes fixed on getting rid of Hugo the troll! Help Hugo survive her attacks and avoid her traps in Hugo: The Evil Mirror! Fight the boss guarding a piece of the mirror and turn everything back to normal.

Hugo: The Evil Mirror is a 2D platformer video game released back in 2002 for multiple gaming consoles including the Game Boy Color. In this game, the player will take control of the cute troll named Hugo, and is tasked with eliminating all of Scylla’s minions before the timer runs out. The game features 20 stages where the player can freeze the witch’s minions and carry them around and stack them together to allow access to higher platform levels.

Play Hugo: The Evil Mirror game online in your browser free of charge on Arcade Spot. Hugo: The Evil Mirror is a high quality game that works in all major modern web browsers. This online game is part of the Adventure, Arcade, Emulator, and GBC gaming categories. Hugo: The Evil Mirror has 2 likes from 2 user ratings. If you enjoy this game then also play games Hugo: Black Diamond Fever and Resident Evil 2. Arcade Spot brings you the best games without downloading and a fun gaming experience on your computers, mobile phones, and tablets. New arcade games and the most popular free online games are added every day to the site.