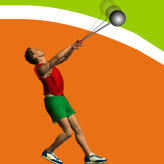 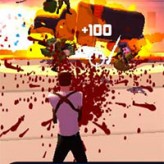 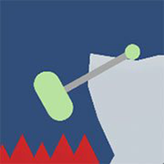 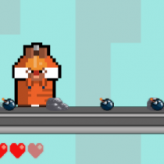 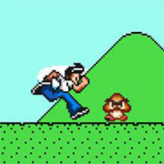 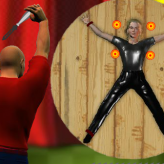 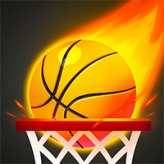 Grab that hammer ball and go round and round and round to build up speed and momentum! Throw the hammer and try to reach the highest score with-in three attempts in Hammer Throw! Careful not to hit the railings or you’ll injure yourself!

Hammer Throw is a classic sports themed simulation arcade game where your goal is to score as much as possible after three attempts. The gameplay is pretty simple. You have three attempts to throw the ball as far as possible and earn points according to its distance. To throw the ball far, you must build up momentum by going round and round. Use the mouse button the go in circles and build up speed. Release the mouse button or go outside the ring to throw the hammer. Make sure not to throw the hammer inside the railings!

Play Hammer Throw game online in your browser free of charge on Arcade Spot. Hammer Throw is a high quality game that works in all major modern web browsers. This online game is part of the Arcade, Sports, Simulation, and Classic gaming categories. Hammer Throw has 1 likes from 1 user ratings. If you enjoy this game then also play games Hammerlock Wrestling and Hammer 2: Reloaded. Arcade Spot brings you the best games without downloading and a fun gaming experience on your computers, mobile phones, and tablets. New arcade games and the most popular free online games are added every day to the site.