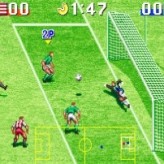 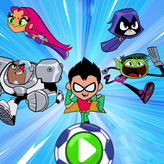 Are you a hardcore football/soccer fan? Then check out this cool classic sports game and test your skills! Choose a team and fight for the championship in Goal! Goal! Goal! With solid controls and nice retro graphics, this game is surprisingly fun.

Goal! Goal! Goal! is a soccer arcade video game published by SNK back in 1995 for the Neo Geo Arcade System. The game features the same mechanic as the real life Soccer sports game with no alteration, power up, and other fancy powers. Although the game is pretty simple and straight forward, the control is really easy making it a good game for beginners. The game shines even brighter when played with a friend. Unfortunately, as this is an emulated version of the game, it lacks the multiplayer capability of the original arcade box.

Play Goal! Goal! Goal! game online in your browser free of charge on Arcade Spot. Goal! Goal! Goal! is a high quality game that works in all major modern web browsers. This online game is part of the Arcade, Sports, Emulator, and Neo Geo gaming categories. Goal! Goal! Goal! has 2 likes from 2 user ratings. If you enjoy this game then also play games Goal! Two and Teen Titans Goal!. Arcade Spot brings you the best games without downloading and a fun gaming experience on your computers, mobile phones, and tablets. New arcade games and the most popular free online games are added every day to the site.