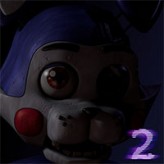 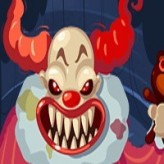 Interact with a new cast of animatronic characters and meet the main mascot, Circus Baby, in this horror point and click game – Five Nights at Freddy’s: Sister Location Night 1 (DEMO)! Move from room to room to fulfill a series of objectives and try not to get killed.

Five Nights at Freddy’s: Sister Location (or simply known as Sister Location) is a point and click horror video game based on the lore of the popular indie game Five Nights at Freddy’s (FNAF). The game is actually the fifth installment of the FNAF series and was released to multiple mobile platforms. Unlike the traditional FNAF games, Sister location features a walking access to any area of the game. This version of the game is DEMO of the original paid video game and features the first night and half of the second night. If you love the game, consider buying it on Google’s PlayStore or Apple’s AppStore.

Warning: The game is filled with jump scares and flashing lights.

The full-version of the game is available for purchase on the Apple’s AppStore and Google’s PlayStore.

Do not press other keys and don’t skip cutscenes for a bug-free game.