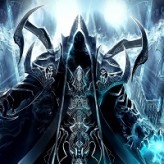 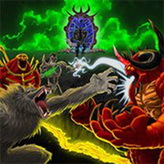 Watch and play the tech demo of the early Diablo game that was released as a demo cartridge back in the days! See the humble beginnings of a great game! There is very little activity available in this demo, as it simply allows the player to walk around, but it does provide an exciting look at what could have been.

Diablo for the Game Boy (GB) handheld system was a prototype game that was never released in public. The game was supposed to be a test-code written for the initial stage of the game. This mock-up game has a very big potential if it was released back then, but for its current state, it is not 100% playable. In fact, the game as it stands don’t have any content. Walk around the dungeon and try to slash away the air.

Play Diablo (Game Boy Demo) game online in your browser free of charge on Arcade Spot. Diablo (Game Boy Demo) is a high quality game that works in all major modern web browsers. This online game is part of the Adventure, Action, Emulator, and GB gaming categories. If you enjoy this game then also play games Diablo I (1996) Online and Paperboy. Arcade Spot brings you the best games without downloading and a fun gaming experience on your computers, mobile phones, and tablets. New arcade games and the most popular free online games are added every day to the site.