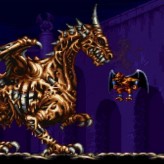 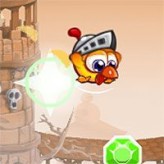 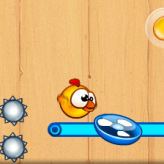 Join the demon Firebrand as he tries to collect six magical crests and defeat the ambitions of Phalanx in this action side scrolling platformer game – Demon’s Crest! Challenge Phalanx and unlock a unique ending based on your choice!

Demon’s Crest (also known as Demon’s Blazon) is a side scrolling platformer video game for the Super Nintendo Entertainment System (SNES) and is the third game of the Gargoyle’s Quest series, which in itself is a spin-off of the popular Ghosts ‘n Goblins franchise. The game focuses on the demon Firebrand and features 3 unique endings that vary depending on the choices you made through out the game. In this game, your goal is to collect six magical crests. The more crest you get the more powers and abilities you unlock. Have fun!

Play Demon's Crest game online in your browser free of charge on Arcade Spot. Demon's Crest is a high quality game that works in all major modern web browsers. This online game is part of the Adventure, Arcade, Emulator, and SNES gaming categories. Demon's Crest has 3 likes from 3 user ratings. If you enjoy this game then also play games Terra Cresta and Crest Breakout 2. Arcade Spot brings you the best games without downloading and a fun gaming experience on your computers, mobile phones, and tablets. New arcade games and the most popular free online games are added every day to the site.