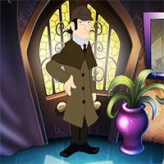 Sherlock Has a Clue 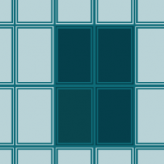 Move through the mansion, collect various clues, and try to figure out who the murderer in this classic video game adaptation of the popular board game – Clue! Figure out whether if it’s Miss Scarlet, or Col. Mustard killed Mr. Boddy? Or if it were someone else… Good luck!

Clue is a 1992 video game adaptation of the classic dice and card board game of the same name. Released for the Super Nintendo Entertainment System (SNES), the game’s objective is to figure out who the murderer is by investigation and deduction. In this game, Mr. Boddy was killed, it is the players’ jobs to find out who the killer is among them, and what weapon did the killer used. The game can be played with up to six players where each player is dealt with a number of cards.

There have been 20 likes from 26 votes on this game.

Play Clue game online in your browser free of charge on Arcade Spot. Clue is a high quality game that works in all major modern web browsers. This online game is part of the Arcade, Puzzle, Emulator, and SNES gaming categories. Clue has 20 likes from 26 user ratings. If you enjoy this game then also play games Classic Clue and Sherlock Has a Clue. Arcade Spot brings you the best games without downloading and a fun gaming experience on your computers, mobile phones, and tablets. New arcade games and the most popular free online games are added every day to the site.