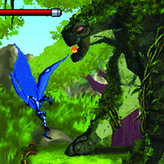 Play three Ben 10 games and experience three different episodes as you follow the young hero Ben Tennyson in Ben 10 Triple Pack! Fight the evil enemies and organizations with your alien superpowers in this action-adventure video game.

Ben 10 Triple Pack is an action-adventure collection video game that features three Ben 10 games for the Nintendo DS (NDS) gaming system. The games available in the Ben 10 Triple Pack are; Ben 10 Protector of Earth, Ben 10 Alien Force, and Ben 10 Vilgax Attacks. Each of the three games features their own episodes and chapters that feature the life and adventures of Ben Tennyson with his powerful Omnitrix that allows him to temporarily transforms into one of his 10 powerful aliens. Will you be able to complete all the game and ultimately defeat Vilgax? Good luck and have fun!

Play Ben 10 Triple Pack game online in your browser free of charge on Arcade Spot. Ben 10 Triple Pack is a high quality game that works in all major modern web browsers. This online game is part of the Arcade, Action, Emulator, and Nintendo DS gaming categories. Ben 10 Triple Pack has 2 likes from 2 user ratings. If you enjoy this game then also play games Bendy and the Ink Machine and Ben 10 Ultimate Alien: Cosmic Destruction. Arcade Spot brings you the best games without downloading and a fun gaming experience on your computers, mobile phones, and tablets. New arcade games and the most popular free online games are added every day to the site.