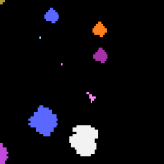 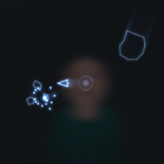 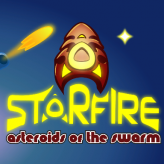 Starfire: Asteroids of the Swarm
advertisement

Play Atari’s best selling game of all time! Shoot and blow up space rocks, avoid getting hit, and earn some big points in this retro classic arcade game – Asteroids! Fly your triangular ship around while avoiding all the rocks around you.

Asteroids is probably the grandfather of arcade games as it is the most influential release and the one the triggered the Golden Age of Arcade Games. Released back in 1979 for the arcade systems, the game was later ported to Atari 2600 due to its popularity. The goal of the game is to simply survive for as long as you can while blowing up as many floating space rocks around you and earning some points. When an asteroid is destroyed, it will be broken into smaller pieces that are much harder to hit and avoid.

Play Asteroids game online in your browser free of charge on Arcade Spot. Asteroids is a high quality game that works in all major modern web browsers. This online game is part of the Arcade, Shooting, Emulator, and Atari 2600 gaming categories. Asteroids has 1 likes from 1 user ratings. If you enjoy this game then also play games Behind Asteroids and Super Asteroids & Missile Command. Arcade Spot brings you the best games without downloading and a fun gaming experience on your computers, mobile phones, and tablets. New arcade games and the most popular free online games are added every day to the site.