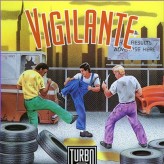 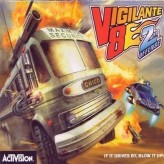 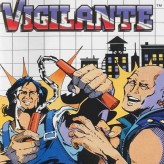 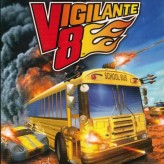 Be one of the heroic citizens and stop the scavengers or take the side of the hired thugs and turn the oil crisis into a global catastrophe in Vigilante 8! Choose one from the five different weapons and dispose of all your enemies.

Vigilante 8 is a fun explosion-packed vehicular combat video game released for multiple gaming consoles including the Game Boy Color (GBC) handheld system back in the year 2000. Unlike the console versions of the game, the GBC features five levels that represent each one from the console version: Casino City, Hoover Dam, Oil Fields, Ski Resort, and the Valley Farms. Aside from the different weapons you can equip, your character will also bring a unique weapon of their own! Good luck and have fun!

There have been 17 likes from 19 votes on this game.

Play Vigilante 8 game online in your browser free of charge on Arcade Spot. Vigilante 8 is a high quality game that works in all major modern web browsers. This online game is part of the Racing, Shooting, Emulator, and GBC gaming categories. Vigilante 8 has 17 likes from 19 user ratings. If you enjoy this game then also play games Vigilante and Vigilante 8: 2nd Offense. Arcade Spot brings you the best games without downloading and a fun gaming experience on your computers, mobile phones, and tablets. New arcade games and the most popular free online games are added every day to the site.