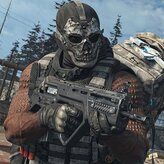 Step right into the crossfire as you bring over twenty powerful guns into the battlefield in Ultimate Strike. Spawn with random weapon layouts and shoot all your rival players to win.

Ultimate Strike is an online multiplayer first-person shooter with nine beautiful maps. There are no teams in this game - everyone is your enemy in its free-for-all mode. You can set the kill limit from 25 to 100, and the first person to reach the set kill limit will win the game and have bragging rights. The game features nine beautiful maps, some taken from other popular shooters. The maps are:

Each player is given three different weapons falling into three different categories. You'll have the powerful Desert eagle with seven bullets per magazine for the sidearm. For Sniper Rifles, the player will get the AWP with ten bullets per magazine and the AK 47 for the assault rifle. Each weapon has a 950 bullet reserve, so you'll never have to worry about running out of ammunition in the heat of combat. Prove to yourself and others that you're a superior marksman as you win and dominate the game.

Play Ultimate Strike game online in your browser free of charge on Arcade Spot. Ultimate Strike is a high quality game that works in all major modern web browsers. This online game is part of the Multiplayer, Shooting, Action, and Unity gaming categories. Ultimate Strike has 3 likes from 3 user ratings. If you enjoy this game then also play games Ultimate Mortal Kombat Trilogy and Ultimate Spider-Man. Arcade Spot brings you the best games without downloading and a fun gaming experience on your computers, mobile phones, and tablets. New arcade games and the most popular free online games are added every day to the site.