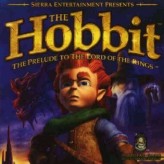 Join Bilbo Baggins as he travels from his peaceful home in Hobbiton into the dark Lonely Mountain in this epic prequel to Lord of the Rings – The Hobbit! Control the main protagonist and battle giant spiders in the Mirkwood forest and meet face to face with a dragon!

The Hobbit is a 3D action adventure platformer game based on the popular J.R.R. Tolkien’s prequel to The Lord of the Rings. The game is inspired and based on the book, and was released for almost a decade before the film series was released. During your epic journey, you will acquire rare items, valuable knowledge, and the courage to face the most terrifying enemies! Fight trolls, orcs, spiders, and giant were beasts! Team up with the Dwarves and reclaim the Lonely Mountain!

Play The Hobbit game online in your browser free of charge on Arcade Spot. The Hobbit is a high quality game that works in all major modern web browsers. This online game is part of the Adventure, Action, Emulator, and GBA gaming categories. The Hobbit has 2 likes from 2 user ratings. If you enjoy this game then also play games Pokemon Fire Red Version and Pokemon Emerald Version. Arcade Spot brings you the best games without downloading and a fun gaming experience on your computers, mobile phones, and tablets. New arcade games and the most popular free online games are added every day to the site.