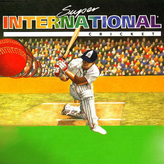 How did you get out? Were you caught, stumped, or bowled? Super International Cricket introduces you to one of the most popular sports that sprung up from England, dating back to Medieval times. Try to score as the Bowler try to knock your wickets (three sticks used as stakes and targeted by bowlers to out a batter) and end your teams run. Be a Bowler instead and use different types of throws to knock your opponent out.

Cricket is one of the games where a hand-held implement is used. Other sports that are included in this definition are hockey, golf, and tennis. This sport looks a lot like baseball but with differences. The equipment used for cricket is smaller than a baseball and is made of wood. The “bat” looks like what a local fraternity will use to initiate its neophytes. Wickets are placed behind batters, and the bowler needs to knock this out to outscore the batting side. Scoring usually is done by umpires as to avoid confusion between players. Scoring in cricket involves two things, the number of runs or the number of wickets lost by each team. These are done by a scorer sanctioned by the ECB Association of Cricket Officials. Scores are counted by the runs or the number of wickets lost. Each player in the game has their own ratings to show how effective they are on the field. Choose from eight teams as you Stump and Bowl your opponents in Super International Cricket!