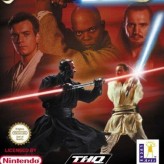 Set out on a perilous adventure as you become a Jedi warrior with a goal of beating down Darth Maul in this epic game Star Wars – Jedi Power Battles. May the force be with you!

Star Wars – Jedi Power Battles is an adventure video game that was derived from the popular movie franchise: Star Wars. Choose from the available Jedi characters as you embark on a mission starting from the Trade Federation Battleship, on your way to take down the enemy boss of the game, Darth Maul. Jump on platforms, slash your way through the enemies, and solve puzzles as you progress in the game. Unlock secret characters by completing the game using each of the available Jedi knights. There are ten main levels in the Campaign mode and four levels that can be unlocked after completing the missions. Good luck and have fun!