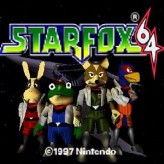 Play the role of the dashing fox pilot named Fox McCloud and fly the iconic Arwing as you blast away the opponents in this fast-paced shooter video game – Star Fox 64. Defend the Lylat System against Andross and his weird army using the array of weapons aboard your ship.

Star Fox 64, also known as Lylat Wars in Australia and Europe, is a rail shooter video game released back in 1997 for the Nintendo 64 gaming console. The game features a branching level system in which more paths will be unlocked after completing certain objectives and missions like defeating a specific powerful boss or completing a stage within a certain amount of time. Paths that are harder to obtain are generally more difficult than paths that are made available.

Play Star Fox 64 game online in your browser free of charge on Arcade Spot. Star Fox 64 is a high quality game that works in all major modern web browsers. This online game is part of the Shooting, Action, Emulator, and N64 gaming categories. Star Fox 64 has 10 likes from 10 user ratings. If you enjoy this game then also play games Super Mario All-Stars and Mario and Luigi: Superstar Saga. Arcade Spot brings you the best games without downloading and a fun gaming experience on your computers, mobile phones, and tablets. New arcade games and the most popular free online games are added every day to the site.