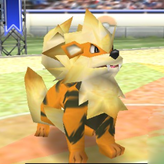 Choose your favorite Pokemon and enter an epic tournament! Fight against other trainers and their Pokemon in Pokemon Stadium 2! Create your own Pokemon Dream Team and challenge yourself against the best trainers in the tournament and win various cups!

Pokemon Stadium 2 is a turn-based strategy game based on the Pokemon Franchise. Released back in the year 2000 for the Nintendo 64 gaming system, the game features tournament-style turn-based combat. Unlike other Pokemon games, the Pokemon Stadium franchise does not contain their own story-line, rather, they have their own series of tournaments known as cups. Following the success of the first Pokemon Stadium game, the second version has the same features as the first one, with an additional feature called the Mini-Game park.

Play Pokemon Stadium 2 game online in your browser free of charge on Arcade Spot. Pokemon Stadium 2 is a high quality game that works in all major modern web browsers. This online game is part of the Strategy, Action, Pokemon, and N64 gaming categories. Pokemon Stadium 2 has 2 likes from 2 user ratings. If you enjoy this game then also play games Pokemon Fire Red Version and Pokemon Emerald Version. Arcade Spot brings you the best games without downloading and a fun gaming experience on your computers, mobile phones, and tablets. New arcade games and the most popular free online games are added every day to the site.