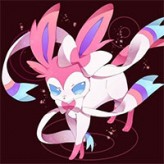 Embark on a new revolutionary adventure throughout the region of Johto in this cool Rom Hack. Capture more than 800 Pokemon in Pokemon Shiny Gold Sigma! Train and evolve your Pokemon and compete in the Battle Frontier to become the best trainer in the history!

Pokemon Shiny Gold Sigma is a cool Pokemon ROM hack that features more than 880 Pokemon from Generation I all the way to Generation VII, as well the legends and Alola Forms. The game mainly focuses on an improved Johto regions, but other regions are also accessible including a special section of the orange archipelago and battle frontier. Pokemon Shiny Gold Sigma is pretty big and has lots of many other features including new evolutionary stones, mega evolutions, competitive items, and much more. Are you ready for this new grand adventure?