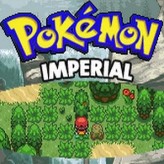 Just as everything seems to recover from the great war 16 years ago, a new threat rose! Save the kingdom of Lancaster in Pokemon Imperial! Dive into a new and seemingly familiar lore in this awesome Pokemon ROM hack.

Pokemon Imperial is a Spanish Pokemon FireRed version ROM hack that brings you a new game storyline and mechanics that make the game even better! The game’s story takes characters from other popular movies, series, and novels and merge it into the Pokemon universe. In this game, a mysterious organization called Mockingjay started to rebel against Snow and his kingdom, and only you can save it. The game features new battle mechanics with an array of new moves, abilities, and move sets to accompany it. The game also has many features like character portraits that could go well with the original game.

Play Pokemon Imperial game online in your browser free of charge on Arcade Spot. Pokemon Imperial is a high quality game that works in all major modern web browsers. This online game is part of the Adventure, Strategy, GBA, and Pokemon gaming categories. Pokemon Imperial has 3 likes from 3 user ratings. If you enjoy this game then also play games Pokemon Fire Red Version and Pokemon Emerald Version. Arcade Spot brings you the best games without downloading and a fun gaming experience on your computers, mobile phones, and tablets. New arcade games and the most popular free online games are added every day to the site.