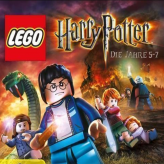 Folly the wizard-in-training Harry Potter during his fifth and seventh years in Hogwarts School of Witchcraft and Wizardry in LEGO Harry Potter Years 5-7! Meet a whole new crowd of characters, discover a series of new items, and explore vast lands and fantasy locations as you dive in the Harry Potter universe.