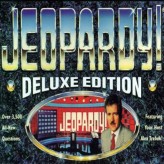 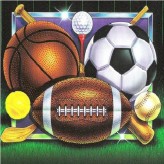 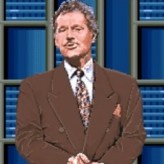 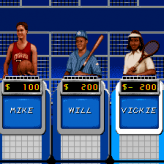 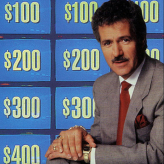 Play the popular TV game show Jeopardy right in the comfort of your home. Turn your table seat into a hot seat and answer the questions to win some money! Get a chance to finally buzz in and participate in the game!

Jeopardy is a video game released for the Sega Genesis drive based on the popular TV game show of the same name. The game is quite similar to the Super Jeopardy version on the Nintendo Entertainment System (NES) but is made for the next generation with improved graphics, more questions, and better overall gameplay. This game features the digitized TV studio, theme music, voice and photography of Alex himself. The game has over 3,500 various questions and answers with 700 categories to choose from. Have fun!

There have been 18 likes from 31 votes on this game.

Play Jeopardy game online in your browser free of charge on Arcade Spot. Jeopardy is a high quality game that works in all major modern web browsers. This online game is part of the Arcade, Retro, Emulator, and SEGA gaming categories. Jeopardy has 18 likes from 31 user ratings. If you enjoy this game then also play games Jeopardy! Deluxe Edition and Jeopardy! Sports Edition. Arcade Spot brings you the best games without downloading and a fun gaming experience on your computers, mobile phones, and tablets. New arcade games and the most popular free online games are added every day to the site.